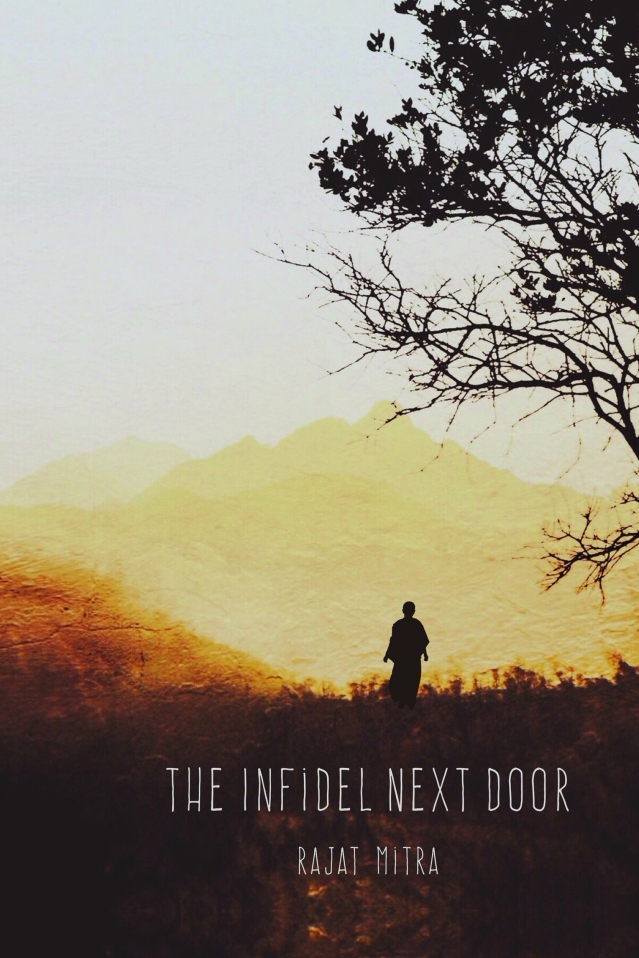 I believe that despite irreconcilable differences between the ideology of Islam and Hinduism, there is a truth that lurks and surfaces when these differences threaten us. As a psychologist who has worked with radicalized youth and perpetrators of mass murders, I believe that human psyche can never be so filled with evil that our conscience gets lost.

They, who taught me this, were young people from the two religions who trusted me enough to tell their stories. Their stories told me that the history and memory and the trans-generational trauma of a society lives on in the human heart and waits to find its voice even after centuries of silence.

My novel ‘The infidel next door’ tells one such story. Within it, the reader will perhaps find a thousand other stories of a people entangled and scattered that cannot be extricated. The characters in the novel speak of a voice of a people that longs for their roots and dreams that died a thousand deaths but still lived on to find their voice.

The characters of my novel are drawn from the stories of two boys who crossed over the boundaries created by their indoctrination and tried to discover their authentic self. My novel explores what exists within that shell that has the mystery of a volcano and the loneliness of a lover losing her first love. When they do find love of their lives giving them a reason to live, they also discover that very love brings a death of the inner self they stand for.

The two incidents that I write below took me to imagine the story of two boys who stand for many a fragments of a dream that their people have and one that lies buried behind their memory to lead them to face a conflict with no answer.

“The stones in my hand speak a language that the world will understand one day.” These words of a young stone pelter in jail still ring in my ears. The story goes back twenty three years ago when I was passed a dirty paper chit by the head prisoner of the ward and one that remains as a reminder of the fragility of the prisoner in the midst of a place that doesn’t recognize he exists. The chit written in Hindi on a crumpled piece of paper read as follows:

“I am extremely angry with this present anti national government but it has to be faced it with public opinion by taking up stones in one’s hands. By coming in touch with you people, I feel that my ideas may go away. I am quite anxious. Please tell me what to do.”

The writer of this was a Muslim terrorist serving his term as an under trial in the prison. He told me he was the son of a religious preacher and had started as a stone pelter after being tortured by police. He told me he found refuge in Islam’s teachings against infidels that gave him an identity to exist.

What he said helped me to understand how stone pelting attracts the young Muslims and why it has a cult status amongst them to fight jihad.

The second incident led me to imagine Aditya, the protagonist of my novel, one who is a victim of historical injustice and believes in the goodness of mankind.

One day the same head prisoner brought a prisoner named Usman. Usman told me that he screams in his sleep and wakes up other prisoners. He shouts ‘gir raha hai, gir gaya’ (its falling down, it has fallen) and wakes up in sweat.

He revealed that he sees a nightmare where the roof of Babri mosque is falling down with a big sound. “I have been disturbed ever since the structure fell down. My friend who lives near the mosque actually saw it being brought down.”

In the next group he brought a dozen people who he said felt like him. I suggested they do some trauma relieving exercises and we got some medicines.

From them I learnt that the whole Muslim community had been affected.

In Usman’s group, there was a boy named Omar. One day Usman brought up the revelation that Omar had broken up several temples in Kashmir during the purge against Hindus and had even killed some people much before the Babri mosque was destroyed.

“To make an Islamic Kashmir,” he replied.

What happened next took me by surprise. Usman gave him a slap. “That is not ‘insaniyat’ (humanity),” he said angrily.

Then he told me, words that I would never forget, more so because they came from a Muslim, “The abode of God can never be destroyed by any man.”

I realized that these sessions had affected me in another way. I had started to think if it would have been similar for Hindus and their families what Usman and other families were now going through?

I don’t know when but in my mind I had started to imagine a Hindu in medieval times, witnessing his temple being brought down in front of their eyes. He was crying, feeling everything to be unreal. How would a Hindu have felt seeing the Somnath temple being brought down which was his identity or Kashi Vishwanath temple? How traumatic would it have been and would it have traumatized the whole community and then the whole country? Would it also carry on for generations as Usman said it would happen for his people?

Read on as to how Aditya in his quest for justice and Anwar bound by a violent promise to free his land of infidels, try to end this trauma. But in doing so they face a conflict that will inspire many but also a struggle against a destiny marked by alienation and redemption.

Tagged as: novel, the infidel next door