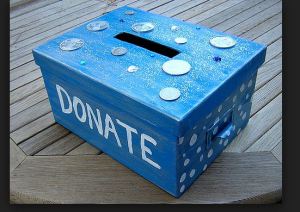 I opened the envelope and found a form from a business called Life Quest Anatomical. It was a next of kin release form. No, no more birthday cards for me, my father had willed his body to Life Quest Anatomical and needed my signature as his next of kin. It sounded like a government agency from the movie Logan’s Run. I suppose Life Quest doesn’t want any surprises when it comes time to harvest the organs so they wanted my consent in anticipation of my father’s demise.

I called my father after I opened the envelope and he was practically giddy with his decision to donate his body to science. As luck would have it, there was no vetting process. Had there been one, it is hard to say what of his body would be worth anything to Life Quest, what with his inflamed prostate, bad knees, and then there was that heart attack. The prospect of someone, anyone willing to  take my father’s body post mortem sounded so good to him that he called several times to make sure there was no cost for the service. Only when he felt certain that it was free did he breathe a sigh of relief. Then with great enthusiasm he sent me the consent form.

I decided to check out the company before I signed on the bottom line. The web site flashed like those ads that say you just won an Apple I Touch.  The banner at the top of the page said your gift could be the next medical breakthrough. I, like my father searched the screen for where it said free. Instead I learned that there is no greater contribution to the future of humankind. Not just science, but all of humankind.  I felt like the crew on the Enterprise, boldly going where no man has gone before. The site ensures the donor that one of the Life Quest techs will escort the “gift” on its entire journey to its final destination. Then I spotted it, free cremation, as if it were a bonus that came with the grand prize.

As it turns out, once you’re dead you’re not really in a position to donate your body so getting the kin on board is more than just a formality. I had decisions to make, choices to consider. Life Quest wants to know if I want to donate this “gift” that’s what the folks at Life Quest call it, as a whole body with or without the cremated remains.    I know for sure that my father does not want so much as a memorial service, park bench with a name plate or even a deli platter when his time comes. He was never one to care about money and now as he reconciles the very end of his affairs, he has decided to do it all on the cheap. Thus I check off whole body without remains. No need to waste the gas on a trip to sprinkle his ashes.  In return, Life Quest promises that under no condition will un-cremated remains be returned to next of kin. I am relieved.  If an arm or leg should go unused, I needn’t worry that my father’s foot or elbow show up at my door in a shoe box.

My father calls a few days later, anxious to know if I returned the form. I tell him he sounds depressed. I tell him I am coming with the kids for a visit.

When I get there my son notices my father’s will tacked to the bulletin board. I notice a copy of my consent tacked behind it.

Later when my father offers my son some old computer parts, he becomes concerned that grandpa is dying. He whispers something about people getting there affairs in order and did I notice the will in grandpas office.

I did notice the will and I thought it was conspicuous when grandpa starting handing cards out with his emergency information on it. At first I thought it was for me but upon closer examination I noticed it had my name on it as an emergency contact should one be needed. My name and number was sandwiched in between the cardiologist and Life Quest.

When I mention my father’s intentions to my mother, she can hardly contain her enthusiasm. Where did he find them, can I get her a form, she asked? Is it free she asks? Yes, I tell her, it’s free.

Join 5,906 other followers
Assignmentgeek.com Homework assistance created for you
Thesishelpers.com can write your thesis.