If I was a Talking Animal in a Story 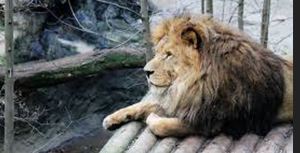 I wouldn’t be good. For you. It might begin with a sense of uneasiness as to why I’m there. A suspicion that my character conceals something or someone you wouldn’t like if I were said plainly. But my silken fur tempts your hand, doesn’t it?. My soft voice makes few demands. I’m a cute little thing, here to please. Watch me do tricks. We’d go on a fun adventure deep into the intellectual forest, to bag the lion. She’s a bad lion who roars and insists on being a lion, I say, handing you the gun. Her fur isn’t soft like mine, and pleasant to stroke. She’s not self-deprecating, or even ironic. Real lions are too dangerous to have roaming around roaring mischief. They make everyone nervous.

I abandon you in the forest of course. Watch me sneak off with my tail held low. You could certainly tell yourself you saw it coming, except, retracing your steps back to safety, you’re confronted by a narrative framed in tooth and claw. There’s no apology in those muscular shoulders, which power the claws, which are for ripping you right out of middle-class comfort. And you absolutely didn’t sign up for that kind of story, you snarl, setting the gun to shoulder. No satisfying bang, only poof, and yes, it’s just another trick.

Then you get the double ending that’s always been waiting: The one where the lion tears you apart and the most horrible ending where it doesn’t notice you at all.

If I was a talking animal in a story I wouldn’t be good. For the one who wrote me there. A bear with mouse pretensions is a character of disappointment. Squeaking is not roaring even when it wants to be, though certainly amusing. It’s too funny when I’m made to hint at things which should be said. I’m designed for subtlety, except it’s more like the vacuum of a bell jar. When I almost say things they almost get said, almost being an interesting descriptive for nothing. Pleasantly mysterious, I could be about something ambitious if you wanted to go there. I get my belly rubbed instead. We’re in the entertainment business after all.

I can’t abandon my creator even if others might. There’s always nonfiction, and film. But I dream of chasing difficult prey through deep snow, getting my claws in. Fiction is the lie through which we tell the truth— truth being an interesting descriptive for getting somewhere. The problem is always mortality. I’ll be prancing about harmlessly long after skill and desire fade. Why write me small when you know you want to give me fangs that really bite, claws that rend? I won’t ask what can’t be asked—to be written human. Perhaps that’s too much for these times. I should be grateful to be around at all, allowed to nip at things which can absolutely bite back. You would be right to think I’m a greedy bit of fluff, but instead try to imagine twenty years of stubby teeth gnawing at you. Growl.