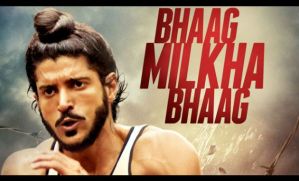 Since the release of the much-hyped Hindi movie—’Bhaag Milkha Bhaag’ is around the corner, it is time that people do also know from the legendary athelete his story. Maybe this is the reason Milkha’s autobiography ‘The Race of My Life’ is also hitting stands on 25th July, 2013. According to the book preview in the press and on book-selling websites, “Milkha Singh has led a life dominated by running, running, running… From a boy who narrowly escaped death during Partition (most of his family was not so lucky), to a juvenile delinquent who stole and outran the police, to a young Army recruit who ran his very first race to win special privileges for himself (a daily glass of milk). After that first race, Milkha Singh became an athlete by default. And what followed was the stuff legends are made of.”

In the autobiography, Milkha Singh has believably shared the highs of winning India’s first ever gold in athletics at the Commonwealth Games, the unbridled joy of being hailed as the ‘Flying Sikh’ in Pakistan, as well as the shattering low of failure at the Olympics. Thus, the autobiography will shed light on all aspects of his life. Coincided with the launch of the movie, the book can be a good pick and inspire millions of aspiring athletes in India. It is for long needed that the hidden stories about struggle and pain of athletes are highlighted to ignite young minds. While this trend is often seen in the West, it was missing in India.

All the best to Milkha’s autobiography, The Race of My Life which claims to document the journey of an impoverished refugee who rose to become one of the most towering figures in Indian sports.

Join 5,925 other followers
Assignmentgeek.com Homework assistance created for you
Thesishelpers.com can write your thesis.